Bothell WA, June 9, 2020 – Tethers Unlimited, Inc. (TUI) announced it has secured a contract to provide key communications and propulsion capabilities to Southwest Research Institute (SwRI) in support of the NASA PUNCH Mission. “This is our first opportunity to work with SwRI on one of their missions. Working with the SwRI team on the PUNCH program is really exciting because we’ll be able to provide high quality satellite components for a constellation mission. This means we’ll get to exercise our AS9100 approved production capabilities as well as our technical knowledge.” said Sage Secilmis, TUI’s COO. TUI will be delivering flight units of both its SWIFT-XTS X-band software defined radio (SDR) and its HYDROS-C water-electrolysis thruster. “Procuring these complete spacecraft subsystems “off-the-rack” is critical to the PUNCH science,” said SwRI’s Dr. Craig DeForest, the PUNCH mission Principal Investigator. “The growing commercial ecosystem for space enables a constellation of four separate high-capability spacecraft, within the cost of a single traditionally-built satellite.”

The PUNCH mission will consist of a constellation of four suitcase-sized microsatellites that will launch as early as 2022. The microsatellites will orbit the Earth in formation to study how the Sun’s atmosphere, or corona, connects with the interplanetary medium. PUNCH will provide the first global image of how the solar corona infuses the solar wind with mass and energy. 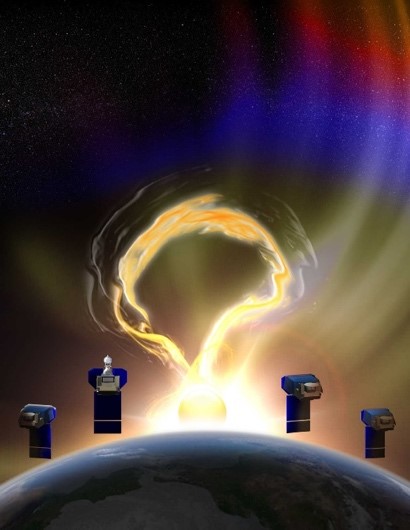 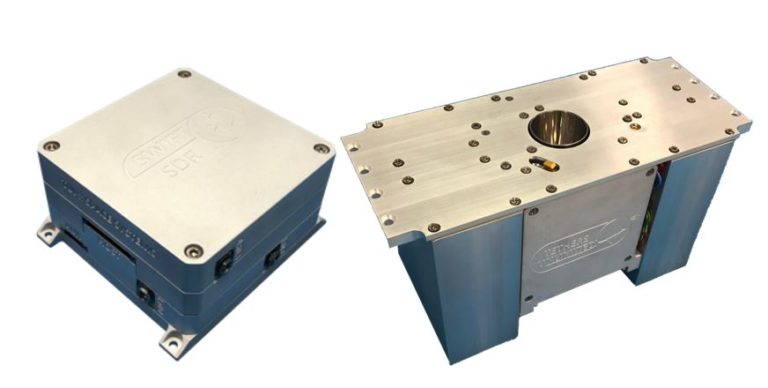 The SWIFT-XTS  radio will be used for telemetry and control as well as main mission data downlink. The SWIFT-XTS radio is a compact and affordable S-band transceiver coupled with a high-speed X-band transmitter. Its “software defined” attributes make it readily configurable to support a wide range of mission needs, including in-flight adjustment of operating frequencies and modulations. The SWIFT software defined radios enable satellite operators to rapidly configure and tune their communications systems to maximize the amount of data they can deliver through the congested radio frequency spectrum. TUI will also be providing an 8W X-band RF power amplifier for this program to enable the satellites to reliably close the communications link to ground stations from their distant orbits.

The HYDROS-C is a shoebox-sized propulsion module that uses water as propellant. Unlike other water-based thrusters that simply expel heated steam, TUI’s HYDROS-C module first uses electrolysis to split water into its constituent elements, hydrogen and oxygen. The HYDROS-C module then burns the hydrogen and oxygen in a traditional bipropellant thruster. This water electrolysis method enables HYDROS to deliver better thrust efficiency than existing electric propulsion options and provides higher fuel economy than chemical thrusters. By using water, HYDROS-C is a truly “green propellant” solution that is safe for personnel during satellite integration as well as for primary payloads during launch. The availability of water on the moon and near-Earth asteroids makes HYDROS-C appealing as a refuellable propulsion option for future exploration architectures. NASA’s PUNCH mission will utilize TUI’s thruster for orbital positioning and station-keeping.

“Understanding how the sun drives the solar winds is critical to understanding how the sun influences space weather near the Earth as well as the fundamental processes that create solar systems,” said Dr. Rob Hoyt, TUI’s President. “Tethers Unlimited is proud and excited to have an opportunity to contribute our unique communications and propulsion technologies to enable these tiny spacecraft to accomplish such an important scientific mission.”

You can also view our article on: