HYDROS-C is a shoebox-sized thruster that uses water as propellant. Unlike other water-based thrusters that simply expel heated steam, TUI’s HYDROS-C thruster uses electrolysis to split water into its constituent elements, hydrogen and oxygen, and then burns them in a rocket nozzle. This water electrolysis method enables HYDROS to deliver better thrust efficiency than existing electric propulsion options and provides higher fuel economy than chemical thrusters. By using water, HYDROS-C is a truly “green propellant” solution that is safe for personnel during satellite integration and for primary payloads during launch. The extraterrestrial presence of water makes HYDROS-C appealing as a refuellable propulsion option for future exploration architectures. 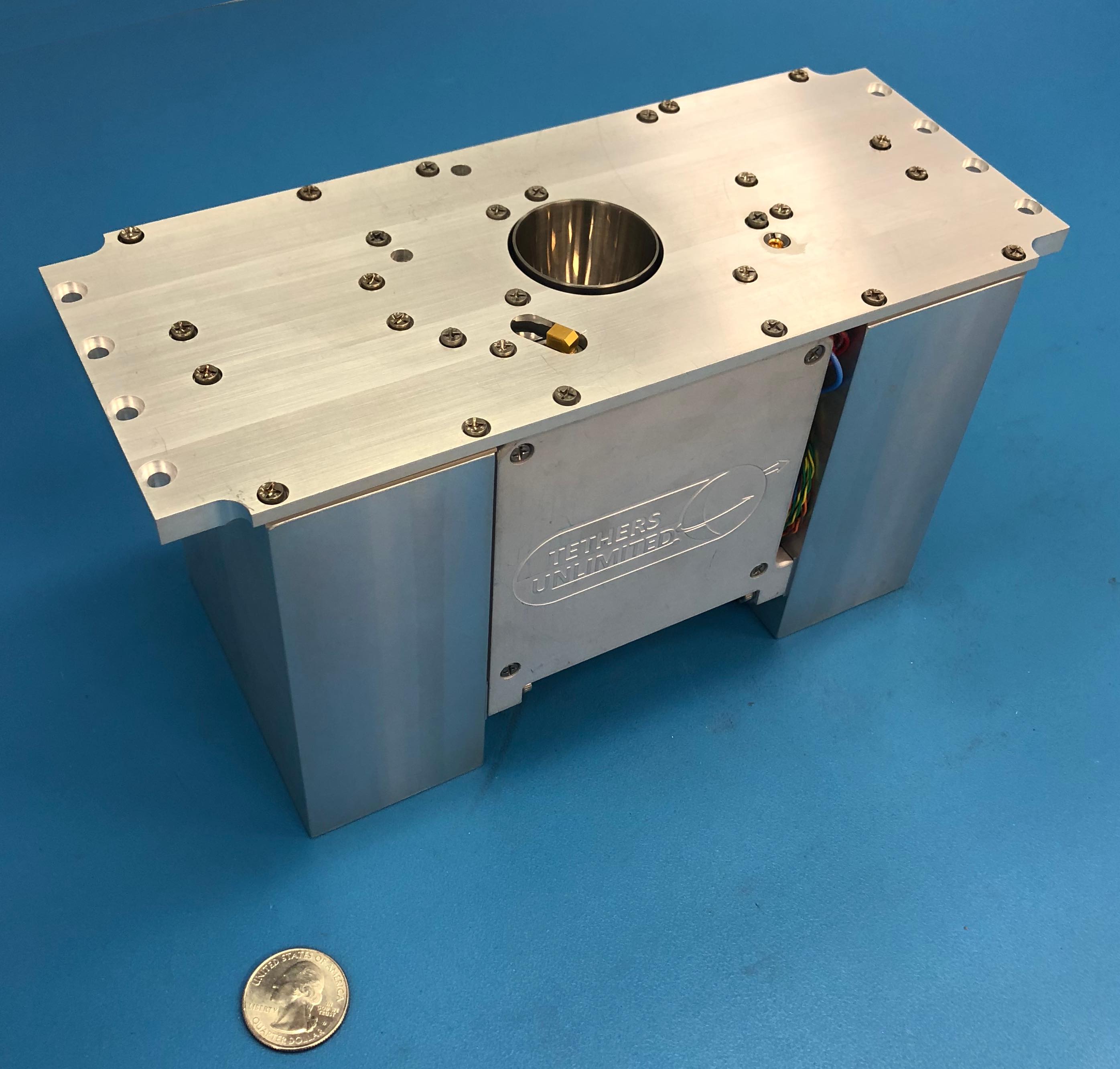 TUI’s HYDROS-C was selected as the payload for the first PTD flight mission (PTD-1), which is conducted through NASA Ames Research Center at Moffett, California in collaboration with NASA Glenn Research Center in Cleveland, Ohio and is expected to launch in Q4 2019. The PTD project is part of NASA’s Small Spacecraft Technology program under the Space Technology Mission Directorate.  Tyvak Nano-Satellite Systems in Irvine, California, is integrating the PTD-1 CubeSat.  The HYDROS technology was initially developed under a NASA Small Business Innovation Research (SBIR) contract and then matured under a NASA/STMD Tipping Point Partnership to prepare it for launch.

“We are very excited to deliver our first HYDROS-C Thruster to NASA,” said Dr. Rob Hoyt, TUI’s CEO.  “Our team worked very hard to mature this product to the point where it is ready to support advanced small satellite missions, and the collaboration with NASA and Tyvak’s engineering team was crucial to the delivery of this product.  The PTD-1 mission will demonstrate HYDROS’s ability to enable small satellites to perform missions requiring both orbit agility and orbit persistence.  HYDROS is a key technology for several new in-space services we are developing, such as the LEO-Knight assembly and refueling robot and the HyperBus payload platform, so we are eager to demonstrate its capabilities on orbit.”